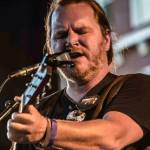 Please Check out one of our video's #SouthernGirl on the No Losers Tonight Album: https://youtu.be/9cNjEk9lTiw We will knock your socks off of your feet! #NewOrleans #RootsRock #DaveJordan #Tipitinas

Dave Jordan is an award-winning, roots rock artist from New Orleans. His music has been called “the personification of the New Orleans ethos,” and he has worked with Anders Osborne, Art Neville, George Porter and many more. Over 20 years, he has released 6 albums and just released his seventh album, Burning Sage in October 2019.