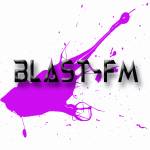 Although we don't comment or post much that doesn't mean that we aren't doing anything or have nothing to say. Quite often it is the reverse of that, we are working on things but don't want to give too much away about what we are doing behind the scenes.

About a year or so ago, we were getting so many attacks to our servers that to login to each server and update the firewall rules, on a daily basis was very demanding in terms of time and personnel resources.

We had the idea of a central system, where all rules for our servers would be established and that those rules would then propagate to all of our servers automatically. This was obviously quite a challenge as all of the code to perform these actions had to be first written and then deployed to all of our servers, we have a lot of servers and this took some considerable time.

Today, our central security system, https://blastfm-security.com is protecting all of our servers, all day, all week, all year. It is this system that generates the rules by which all of our other servers conduct their daily business.

Sometimes, a random idea becomes a blessing, and this is one of those occasions.

An introduction to the philosophy and strategies of a modern online network of servers and their security systems
Please login to like, wonder, blast and comment!