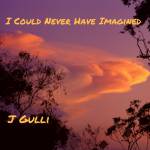 Thank you Bruce for setting me up on #BlastFMLtd 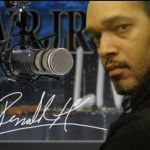 "Unless you heard yourself, you would never believe the strait-laced, classical harp could bend in any forward motion toward R&B Funk, much less possess even an ounce of sex appeal. Mariea Antoinette changes all of that. The San Diego urban-jazz harpist (yes, urban-jazz) utilizes all the pertinent styles at her disposal to loosen up her classical instrument, from street smart, EDM hip-hop, sexy, luscious R&B vocals. Mariea Antoinette is living proof that a visionary artist can bust out of traditional boxes on pure ability alone." - Carol Banks Weber AXS

A native of San Diego, California, Ms. Antoinette's diverse repertoire consists of classical, smooth jazz, and R&B music. She has performed for The President and First Lady Of The United States, Barack and Michelle Obama and at the Walt Disney Concert Hall in Los Angeles with the Southeast Symphony Orchestra. Her solo performances have taken her across the US and abroad.

Attending UC San Diego for undergraduate work and continuing on to the University of Arizona for Master classes in harp performance, she was privileged to have studied under some very notable teachers. crediting her dynamic performance technique to Russian teacher Elena Mashkovtseva.

Ms. Antoinette has been sought after to perform and record for a variety of artists and events including Ne-Yo, Jamie Foxx, The BET Awards, and American Idol. Mariea's talents are enjoyed and appreciated by a growing list of private and corporate clients as well as her dedicated fans. 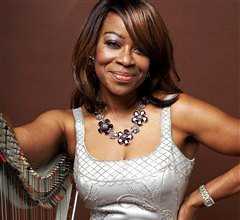