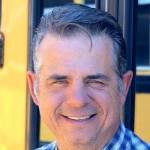 SiriusXM Radio
Composer/Arranger · 2007 to present
Compose and arrange music for the Escape channel.